Srilankan spinner Ajantha Mendis has announced his retirement from all forms of cricket who has played 39 T20Is, 19 Tests & 87 ODIs in which he has managed to pick 288 wickets. Mendis has become very famous for his carrom ball which has destroyed many strong Indian batsmen in 2008 Asia cup which was his debut series, Mendis has also become the fastest bowler to take 50 wickets in ODI in his initial days itself which was a rare feat, he has also performed well in T20Is for Srilanka. 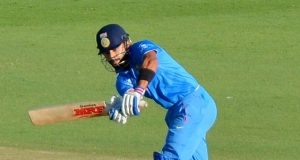 Kohli & Iyer partnership has lead India’s victory against Windies in...